Deadlines are powerful things. With only a month to write your novel, you’ve got to get 1,667 words written per day.  There’s no time for an inner-editor, you’ve just got to write, write, and write some more. This is the perfect chance to throw up words.  It’s fun. 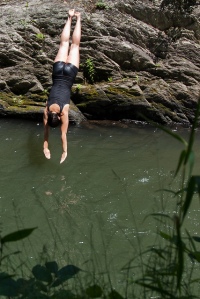 I’m standing atop a cliff, looking at the bottomless abyss that makes my stomach turn inside-out and my brain gasp for air. The last time I felt like this was October 2007 when I had two weeks to write three MAJOR research compositions for my comprehensive exam to earn my M.Ed. in literacy.

Why has this nauseating feeling of fear and trepidation returned? Because I have committed myself to jumping into the NaNoWriMo frenzy. This is SO creeping me out, but I know I decided a LONG time ago to do it – as in a year ago after I participated in NaBloPoMo.

Posting a blog every day was an exhilarating experience but NO WHERE as challenging as writing a novel in a month. After I pledged myself to the effort AND registered, I realized the obstacles I would have to overcome to make it to 50,000 words: a week-long trip to a conference in Boston AND Thanksgiving AND Mom’s 85th birthday party! Yikes! And I’m not even counting family, church, and work obligations! WHAT AM I DOING?

My first thought was to BAG IT, but then I decided to read up on WriMo tips, start thinking of ideas, and just dive off or in or under and start swimming. I won’t cheat and work on my WIP, but I’m contemplating writing to prequel novel to the one I’ve started.

As I’ve pondered, I’ve wondered: Can I do anything historical without the temptation of stopping to do research? Can I play around with formats without delving into various novels to check out various and unique layouts? Will I be FORCED to write about something I know?

I guess we’ll find out.

I HAVE to DO this because I need to KNOW I can start and finish a novel. I know it’ll be C.R.A.P., but it needs to be done. Right? And if there is anything redeemable from the pile of poo, I’ll adopt the John Green plan: revise over the next 3 (or more) years and MAYBE come out with something worth reading!

Wish me luck, and check in after November 1st to find very BRIEF updates as to how I’m surviving. Feel free to cheer me on, too.

P.S. Check out my latest UTAH WRITER review of Mistborn.

If you live in the state of Utah, you are in luck…there is plenty of support for both the new and the experienced writer alike. Joining a group that is especially for writers can be a very helpful thing. Not only do you get support, but you can network and learn new things from others in the field.

Upon leaving WIFYR last June, I was all excited to write AND to help create an online writing group that included all the friends I’d made during that fun week. BUT here I am 3 months later, and I have NOT helped with the writing group that the kind and talented Jared organized. I have to ask myself WHY NOT.

It’s not that I don’t want to be part of a writing group because I really do, but I realized I want to meet face 2 face, NOT computer 2 computer. Even though it means adding one more meeting to my busy life, traveling to who-knows-where through wind, rain, snow, sleet and occasional sunshine or moonlight. That didn’t appeal to me in June, but it does now.

So these are the reasons an online group doesn’t fit the bill for me: 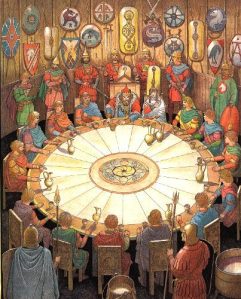 With that said, this is what I’m looking for – a group that …

I don’t really want much. But if you know of such a collection of aspiring writers, please let me know. I’d love to land there! 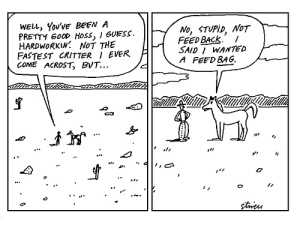 When August 21st rolled around, and Writing for Charity (WFC) along with it, I had completed 13 pages of my work in progress (wip). I was EXTREMELY anxious to share my first page (cuz that’s all you are allowed to share at this event) as I was experimenting with a multi-writing-genre format.

The protocol for most writing groups requires that someone OTHER than the author reads the draft. The writer CANNOT say ANYTHING. This is difficult for me, and I slipped when my reader Ann Dee Ellis couldn’t figure out a weird contraction.

“Ah, ah, ah, Renae,” she said. “You need to listen to the way readers might say this word.”

Of course she is right, and such a read-through revealed several issues that I immediately recognized. I started to point them out, and Ann Dee stopped me again as I needed to see if our group members identified the same problems FIRST. And they did.

I had hoped my writing experiment wouldn’t appear gimmicky, and that it would introduce readers to a WHAM-BAM first line; SUPER strong voice; and an INTRIGUING plot set-up.

If those areas were graded, I’d say I received a D, B, and D. And this is why.

So with those flaws in mind, my group discussed what I could do to “fix” the problems. Ann Dee led the discussion, and she helped me understand the limitations of the format, and she also threw out an idea that could improve the ALL-IMPORTANT first line.

Other group members asked good questions that helped me recognize additional holes.  And so, I went away with concrete ideas that should strengthen that first page and, hopefully, the rest of the manuscript.

The question I asked myself was this: Shall I revise OR start over? I remembered that Carol Lynch Williams challenged followers of Throwing Up Words to toss out the first 5 pages and reCREATE them – NOT reWRITE them. I believe recreation means I come at the story in a different way; and while I like the multi-writing-genre idea, I think I need to scale it back some. BUT I will NOT even look at those first 5 pages when I reWRITE/CREATE them!!!

The point is I walked away from the workshop experience rejuvenated because I remembered this quotation from Writing Simplified:

These are some of the best chunks of craziness I picked up at Writing for Charity (WfC). I encountered some from the question and answer sessions, some from the author/writer workshop, and some from eaves dropping! 😉

What makes this a little more surprising is that both authors live at opposite ends of the Wasatch Front – Wendy Toliver, who penned Lifted, lives in Davis County and Ann Dee Ellis, author of Everything is Fine, calls Utah County home.

The books couldn’t be more different, but I’m thinkin’ the cover girl fits both main characters in some ways. I believe Toliver’s Poppy could be an older version of Ellis’ Samara. (Of course, I’m basing this opinion on having read Everything is Fine in its entirety and Lifted’s entire SUMMARY. But this book IS on my Utah writers’ to-read list.)

Both Wendy and Ann Dee attended WfC and were good sports about the double-take. They explained that publishers use stock photos for book covers, and Wendy said that this same cover is on yet a 3rd book. The authors added that they have NO say, whatsoever, in the choice. While their opinion is asked, it’s not really heeded.

Wendy told her agent about this, but the publisher said, “Oh, well.”

Only when Dan opened the book to sign it and commented that the title page was all bent out of shape did I say, “It was Brodi’s purse’s fault.” Upon which, Brodi felt all bad, but Dan wrote a fun message that will bring a smile to my face for years. So it was worth it, Brodi! Seriously. 😀

Brodi Ashton totally beat this book and owes you an ice cream cone. Daniel A. Wells

If anyone reading this wonders what helpful insights I learned when workshopping my WIP, stay tuned for the next post. In the little time we had, I gained what I went there for, thanks to the AMAZING Ms. Ann Dee Ellis.

As for my writing friends who couldn’t attend, I MISSED YOU! SERIOUSLY!

~ Mr. Parker from A Christmas Story 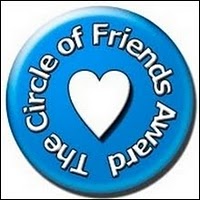 I have been presented with my first blogger award EV-er! And I love the title of award: The Circle of Friends. That’s one thing I truly enjoy about blogging – the creation of a circle of friends, most of whom we meet in the blog-o-sphere. And these friends are often very different from our “reality” buddies – our neighbors, our colleagues, etc. This circle of friends like to reflect, write, and comment about lots ‘o stuff that is ofttimes of little interest to your face-2-face friends. My family, including my husband, rarely reads my blogs – any of them. Sometimes I “force-read” a post to the big guy, but most of the time I don’t. Sniff, sniff.

My colleague/friend/blogger buddy Amy Jo Lavin at Ramblings of a Novice Writer presented me with the much appreciated award. She is seriously amazing. She has written 1 1/2 novels; she hosts a blog that is fun to read, and she even issues challenges and hosts contests; plus she teaches school and mothers little boys – her own! Now my job is to present this award to 5 more bloggers, and so here are the recipients I have chosen:

I visit these blogs often, and all the creators have either responded on my blog or replied to my comments on their blogs. These women are talented. They represent a range of ages from youngsters to oldsters. But they all love writing, and I love what they bring to my life. Visit their sites and see for yourself!