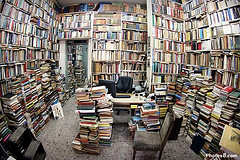 If I didn’t learn that WRITERS need to READ, then I did not learn ANYTHING at the Writing and Illustrating for Young Readers (WIFYR) Workshop in June 2010. With that in mind, I decided to include a list of titles I have either read or listened to.

* Represents audio books I listened to.

One thought on “Reading 2 Write!”