Note: I used a desktop computer with a human-sized and ergonomically-correct keyboard to revise  and edit this “cell-phone” post. These additons are typed in this GREENISH color; whereas the original text , composed on the Lilliputian keyboard, is  typed in traditonal BLACK.

Oh, and if you click on the movie title links in this post, you’ll see the trailers for these oldies but goodies. Don’t miss ’em! They are GREAT!

Something new. I’m trying to update SEASONS from my G1. Couldn’t do it without a teeny keyboard! I promise this will be a short entry.  (Because I had to type with chunky thumbs on bitsy keys!)

The great thing about this “ap” is that I can add in something on the spot if I do or see anything exciting, interesting, crazy, or wonderful – yeah, like that will happen. My life is NOT all that exciting or crazy, but I think it is interesting AND wonderful. (Most of the time – let’s be realistic here!) 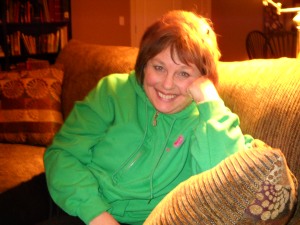 why exactly, but I think it had something to do with Jennifer Love Hewitt’s husband’s body-swap.

While that idea worked in the comedy All of Me – starring  favorites Steve Martin & Lilly Tomlin – it was just silly in GW. The dying body her Hewitt’s  dead hubby jumps into couldn’t have been a 1st choice. And I’m sure Jennifer was disappointed as well: “Is THAT the ONLY near dead guy, you could find, Honey?” And viewers were reminded of that sad comparison every time the body-swapping hunk, played by Dan Conrad, stepped in  front of a mirror where a reflection of the inferior sub shows up.

I always wonder why producers make strange changes like that.

The Eastwood movie G.E. is watching is The Outlaw Josie Whales with Sondra Lockheart – or is it Sandra? What did Clint ever see in her anyway? She wasn’t even a very good actress. Wonder where she is now – who cares? (Chief Dan George co-stars in this movie and is absolutely adorable! I know where HE is now – the happy hunting ground! And a cute little old actress, Paula Truman,  plays a gramma that outshines the Beverly Hillbillies’ Irene Something-or-Other. Her character HATED Missourians – much like early-day Mormons disliked those “ruffians.”)

Guess I’ll finish this “phonY”– this was supposed to be a play-on-words – experience and start reading my book. (I did turn to Hunger Games by Suzanne Collins – which has been described as Gladiator meets Project Runway. (But I think it’s more like SURVIVOR meets Project Runway.)  Friends, this Young Adult author can write , and write best sellers, she does! While I haven’t read her Pretties and Uglies series, I was totally engrossed in Games! There are romantic elements that make you think of Bella, Edward, and Jacob, BUT the writing and the plot truly OUTSHINES Twilight. AND teen girls who enjoy Shephenie Meyer’s series are LOVING Collins’ newest works.

Last epiphany – if I ALWAYS used my cell phone to blog, my posts would definitely be shorter IF I could resist revising and editing on my desktop!