Remember I told you about the creative writing contest the folks at Throwing Up Words sponsored? And remember that I told you I would share my losing efforts – even though I don’t really think I am a loser because I keep entering and losing and stuff. And I think as long as a person keeps trying, she isn’t losing  because no one has yet yelled, “STOP TRYING!” Until that happens, I’m in the running.

Anyhoo, as my friend Ann Cannon is fond of saying, here is that promised entry: 150 words that begin my untitled, Young Adult novel. Helpful feedback is always appreciated. It needs to be kind, but most importantly, HONEST.

Like many disasters in  life, the events started innocently enough. Conservative, if not traditional.

It’s hard to say who or what set things in motion, and I don’t know if that’s important anymore. Could be. All I care about is seeing an end before more women and girls disappear.

In the beginning, even Mom supported the public education “revolution” – separate schools for girls and boys. She constantly quoted research that test scores soar when the sexes don’t worry about meeting each other in front of lockers or making out in stairwells during lunch.

I hated the new “separate-but-equal” idea because I wanted to meet a guy at my locker and make-out during lunch. I know my arguments were hormone-based, but in my darkest imaginings of how this change would affect my schooling and my life, I did not fathom the proverbial “worst-case-scenario:” I would be fighting for survival. 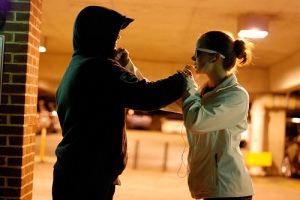 One thought on ““Also Ran:” My First Submission to Project WRITEway”