Tonight G.E., his brother, and I started our weekend early by going to the cinema to see that critically acclaimed movie THE GOD OF THUNDER: THOR! Like most blockbusters these days, it is based upon a comic book/graphic novel. (HoHum) I have to admit it WAS entertaining, but one Marvel Studio movie a year fulfills my need for super heroes.

While watching cities crumble, muscles ripple, and women crumple, I thought about that hammer of his and wondered how it ended up in Bryce Canyon. While visiting the hoo doos over spring break, I watched for the signature rock formation and was thrilled when I spotted it – or so I thought.

After arriving home from our night out, I searched for the photo and then compared it to pictures I found online. Check them out and tell me what you think.

Thor's Hammer was NOT cast down to NEW MEXICO but rather Odin zapped it off to Bryce Canyon as evidenced by this Flickr photo!

I shot this picture, but I think it's Thor's CLUB. Sigh.

Will the REAL hammer please stand up. Oh, all ARE standing up. Pardon me.

I may NOT have found the actual hammer, but I did snag a SuperHero! Awwwwwww! 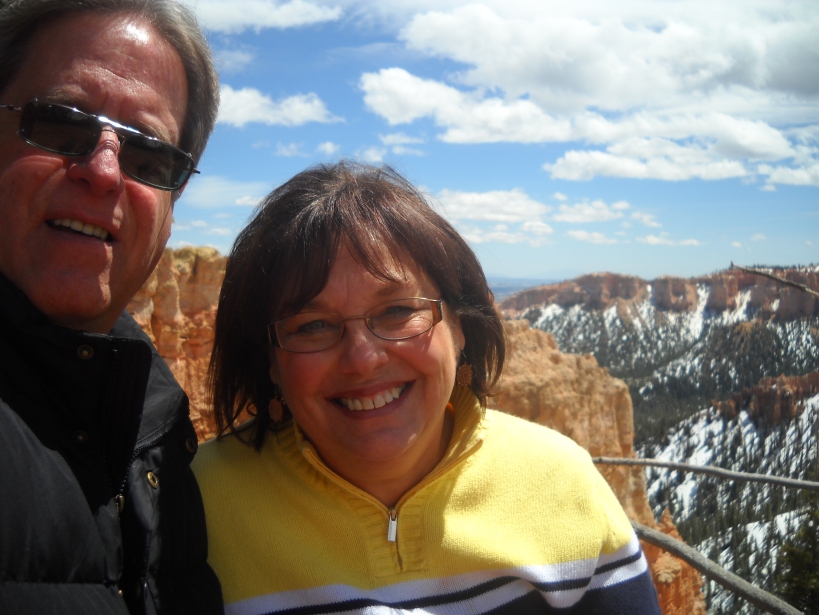 G.E. snapped this photo of us. What a backdrop!!!

One thought on “… uh maybe this is NOT Thor’s hammer …”