Now for the bad news. While there are those who will tell you they simply start writing and keep going wherever the story takes them (Stephen King and James Clavell are just two), for us lesser mortals we need a bit more help. 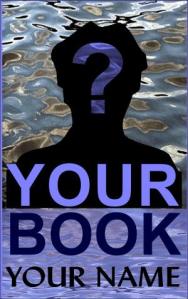 After having such a great day writing last Saturday, I was haunted about whether or not this is the novel I should be writing at this time. While trying to put a finger on the reasons I felt this way, I created a list of reasons this might be the case. I thought others may benefit from my experience, and soooooooo I created the following:

I talked with Ann Cannon once after reading that she decided she needed to change the viewpoint of a book she was writing. I asked if she had done that, and she said no. I can’t remember why, but I do know she decided to abandon it – at least for the moment. I know that many writers abandon partial AND whole manuscripts, and so I don’t really feel too bad about dumping the 3 chapters I’ve written. But I sort of feel like the girl who breaks up with her boyfriend without having another possibility in sight, and she’s one of those chickies who HAS to have a guy in her life.

Oh well, I guess I’ll play around until something surprises me. In the meantime, I have 2 partial novels waiting in the wings until I make up my mind.
I would love to hear how others of you know you’re going down the wrong path or following the wrong plot line or spending too much time with a dead-end character. Please tell me your story! 😀

4 thoughts on “Now what am I going to write?”